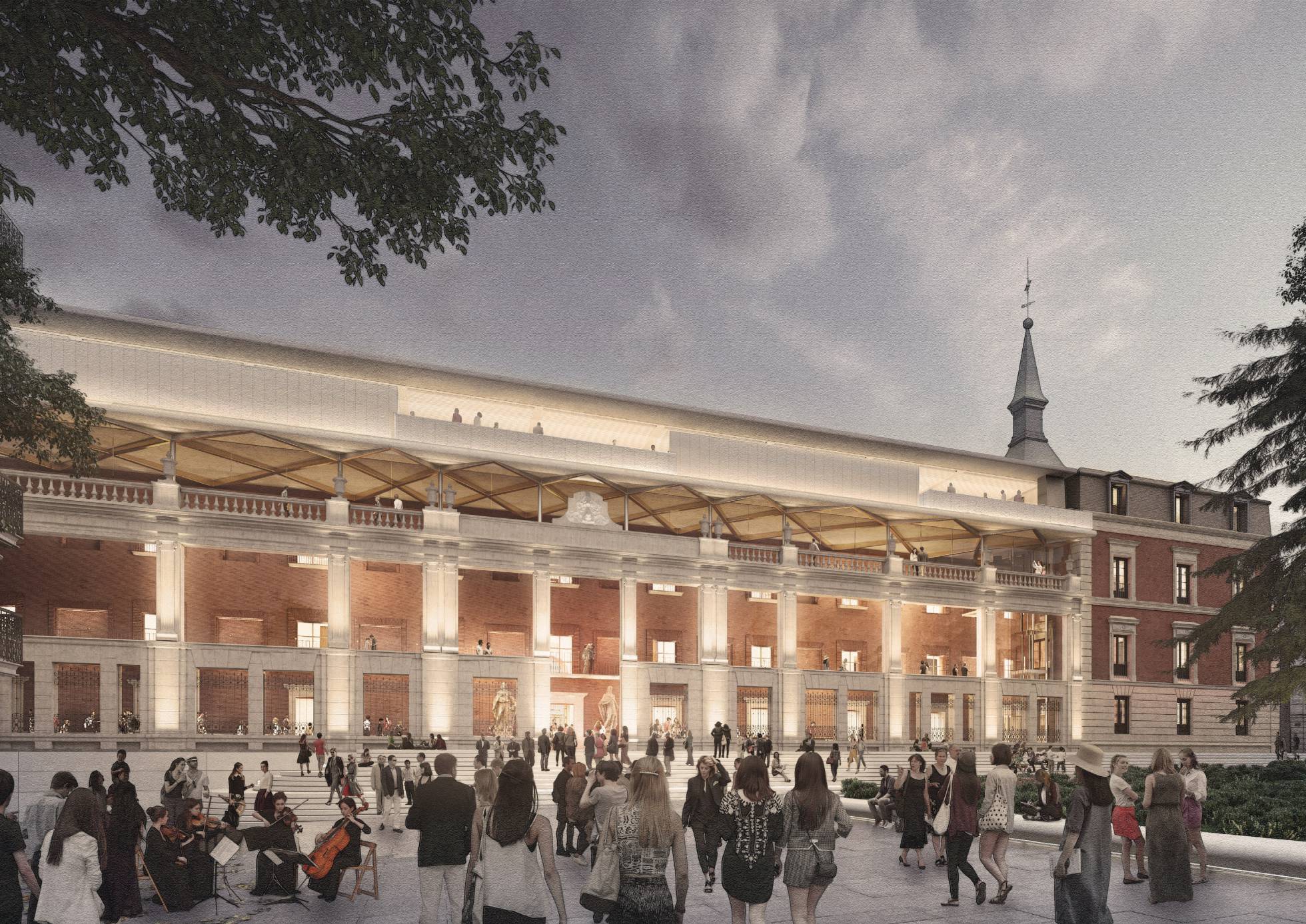 The building that we now know as the Museo del Prado has a rich history of re-invention. Originally designed by architect Villanueva in 1785, it was first the home of the Natural History Cabinet before opening its doors as the Museo Nacional del Prado in 1819.

In 2016, the museum ran a competition to restore and expand its historic Hall of Realms. The winning proposal by Foster + Partners aimed to reveal the memories buried within the existing building. Their project rediscovers the original 18th-century façade, creating spectacular indoor public spaces and finally opening the Prado to the city.

Join Norman Foster RA for a lunchtime lecture that celebrates the two-hundred-year history behind Spain’s most important art museum and hear more about the extension planned by Foster + Partners and Madrid studio Rubio Arquitectura.