7 Reasons to Run Away 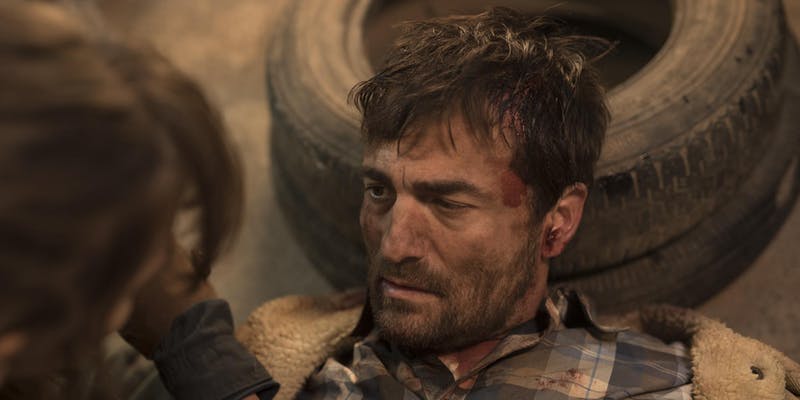 As an official competitor for the Best International Feature at the 2019 Raindance Festival, ‘Seven Reasons o Run Away’ will be released for the first time in the UK as part of the renouned festival. Directed by Esteve Soler, Gerard Quinto and David Torras, 7 REASONS TO RUN AWAY (FROM SOCIETY) is fronted by a quotation from Luis Buñuel’s surrealist masterpiece THE PHANTOM OF LIBERTY: “I’m fed up with symmetry”. This serves as an apt descriptor for this anthological film: while closely concerned with issues of capitalism, patriarchy, praxis, responsibility (and so on), the film never approaches these issues in a conventional, even sensible manner. Instead it conceives of its titular society as askance and askew; its absurdism isn’t indulgent or aesthetic so much as representative of a world out of balance.

Buñuel is also a useful comparison when considering the details of each short segment. As in many of Buñuel’s best films – VIRIDIANA, THE EXTERMINATING ANGEL, THE DISCREET CHARM OF THE BOURGEOISIE – 7 REASONS deals exclusively with the domestic and familiar, before offering a simple, even ridiculous subversion that, at once, offers keen commentary on its subject. Despite its genre-soaked trappings, Torras, Quinto, and Soler have produced a distinctly political film. Do not, however, mistake it for one mired by its intellectual undercurrent. Instead it presents an entertaining, unsettling, and often bloody panoply of bizarre skits and explosive punchlines – the choleric anger building beneath is a complement, not a contradiction. / Review by Milo Garner