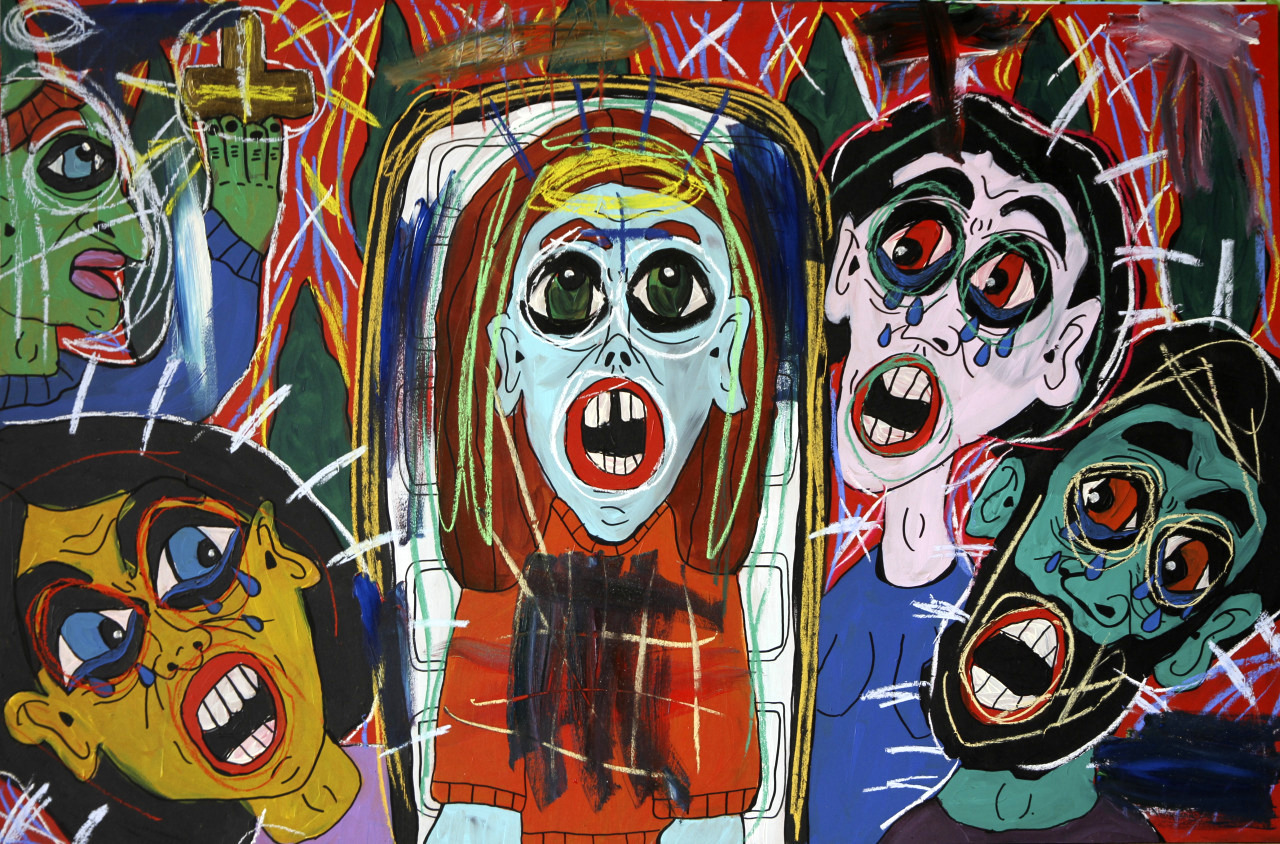 Hundred Years Gallery will be hosting a solo show by the young Spanish artist Ana Pallares.

This exhibition is a tribute to her grandmother and her final gift to Ana: an old woman who was able to listen to her granddaughter’s dilemmas with total respect, without judgement and full comprehension towards her controversial way of life, decisions and conflicts. But it is also a reflection about the different ways that, through time, she has been openly confronting this Taboo that often provokes unwanted emotions among viewers and her own fellows.

Death has been the most present and important theme in Pallares’ paintings. During the last years’ works, she has been keeping dialogues with dead idols or archetypes of her own mythical world, heroes whose death was part of her own rebellion as outsiders and therefore guides of her troubled mind.