Beyond the Eye: Philip V’s Royal Alcazar. French Interiors for a Spanish Castle 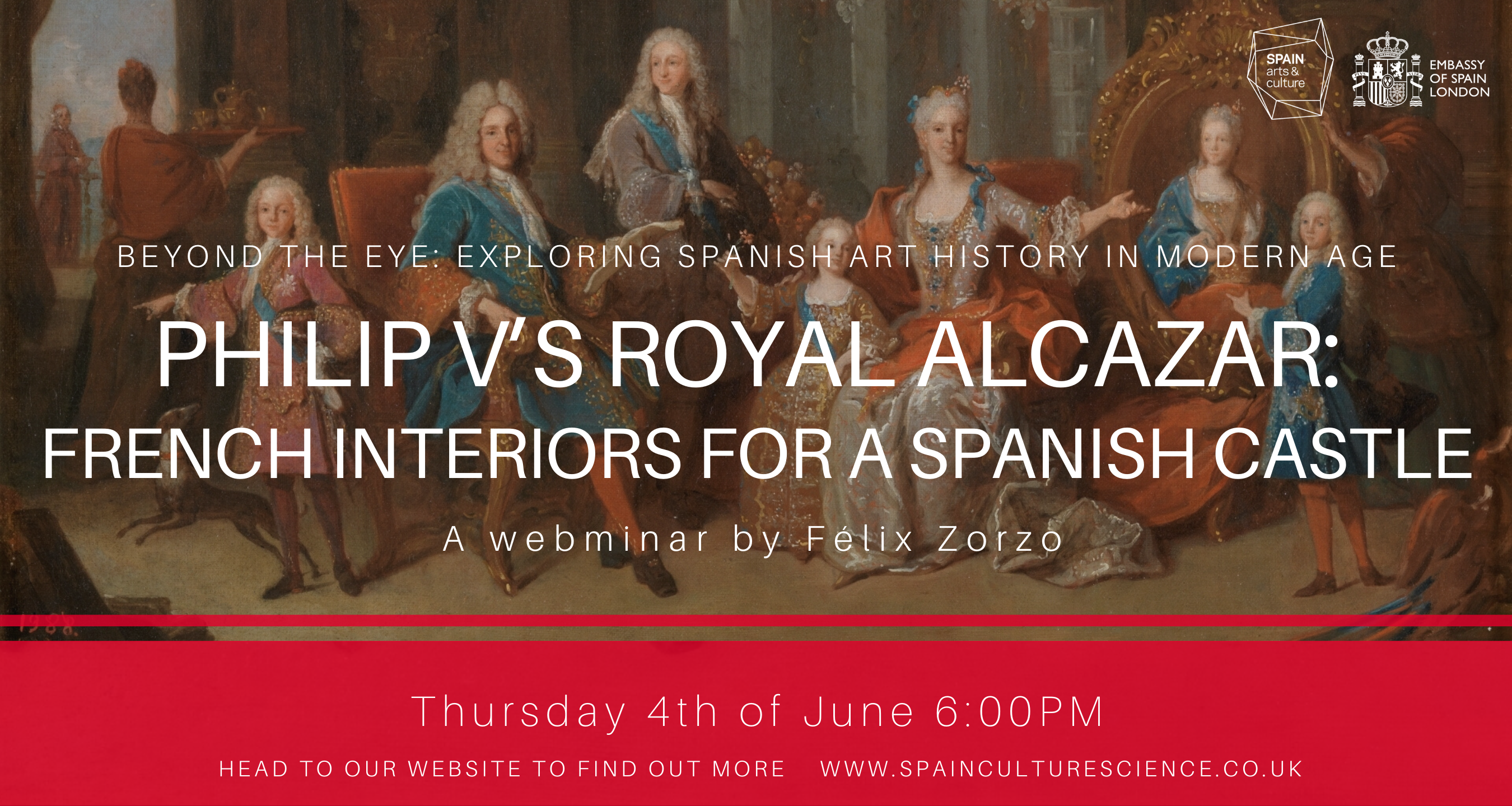 The Office for Cultural and Scientific Affairs at the Embassy of Spain is proud to present the second installment of our series of webminars:  ‘Beyond The Eye’. Exploring Spanish Art History in the Modern Age, the aim of these talks is to dive into those aspects of artworks, collections and other elements of the visual culture of the moment that can’t be deciphered on a first look.

Félix Zorzo, Curatorial Assistant at the Wallace Collection, will be presenting this webinar on Philip V’s Royal Alcazar. When Philip V, the first Bourbon monarch of Spain, arrived in Madrid in 1700, he was not impressed by the Royal Alcazar, his official residence. The Habsburg palace was rich in Old Masters paintings and baroque furnishings, but lacked the warmth and comfort that the young king had known at Versailles. Persuaded by the forceful Princesse des Ursins, a French noblewoman, head of the Queen’s entourage, Philip V embarked on three refurbishment campaigns that radically changed the palace interiors. The Spanish architect Teodoro Ardemans started the works, but later, following the advice of his grandfather Louis XIV, the king relied on French architects and designers to continue the works in the Alcazar. Under the direction of Robert de Cotte and René Carlier, new decorations transformed the austere interiors into an elegant residence fit for a European monarch.

Sadly, the Alcazar suffered a devastating fire on Christmas Eve 1734. Only some paintings, furnishings and jewels were saved from destruction. It is only thanks to contemporary descriptions, plans and architectural drawings that we get a glimpse of what could have been the Royal Alcazar of Philip V. Its interiors no longer exist, but the novelty of their design, the first truly French eighteenth-century decorations in a Spanish palace, opened the door to a new style that would transform all other royal residences. In this lecture, we hope to bring their magnificence and brilliance back to life.

Félix Zorzo is a Curatorial Assistant at the Wallace Collection. He graduated in Art History at the Universidad Autónoma de Madrid, finishing his studies with an MA Research on Spanish eighteenth-century Decorative Arts. At Birkeck College, London, Félix completed the MA Museum Cultures, specialising in nineteenth-century museum display. He is a member of ARTES, the Furniture History Society and the French Porcelain Society.