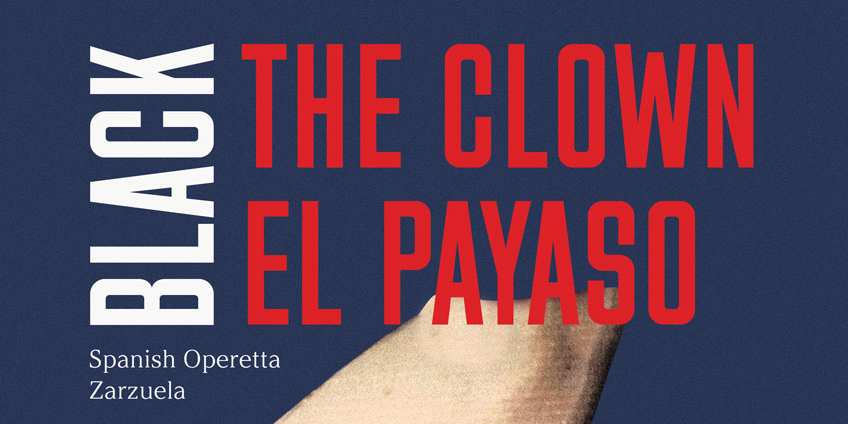 Black, el Payaso / Black, the Clown is one of Pablo Sorozábal‘s most ambitious and wide-ranging work. An ingenious allegory of art and nationalist politics, its sharp and political edge that remains relevant today. The libretto is based on the French novel La princesse aux clowns by Jean-José Frappa.

This zarzuela (a Spanish opereta) first premiered in Spain in 1942.  This Cervantes Theatre production directed by Paula Paz marks its UK premiere.