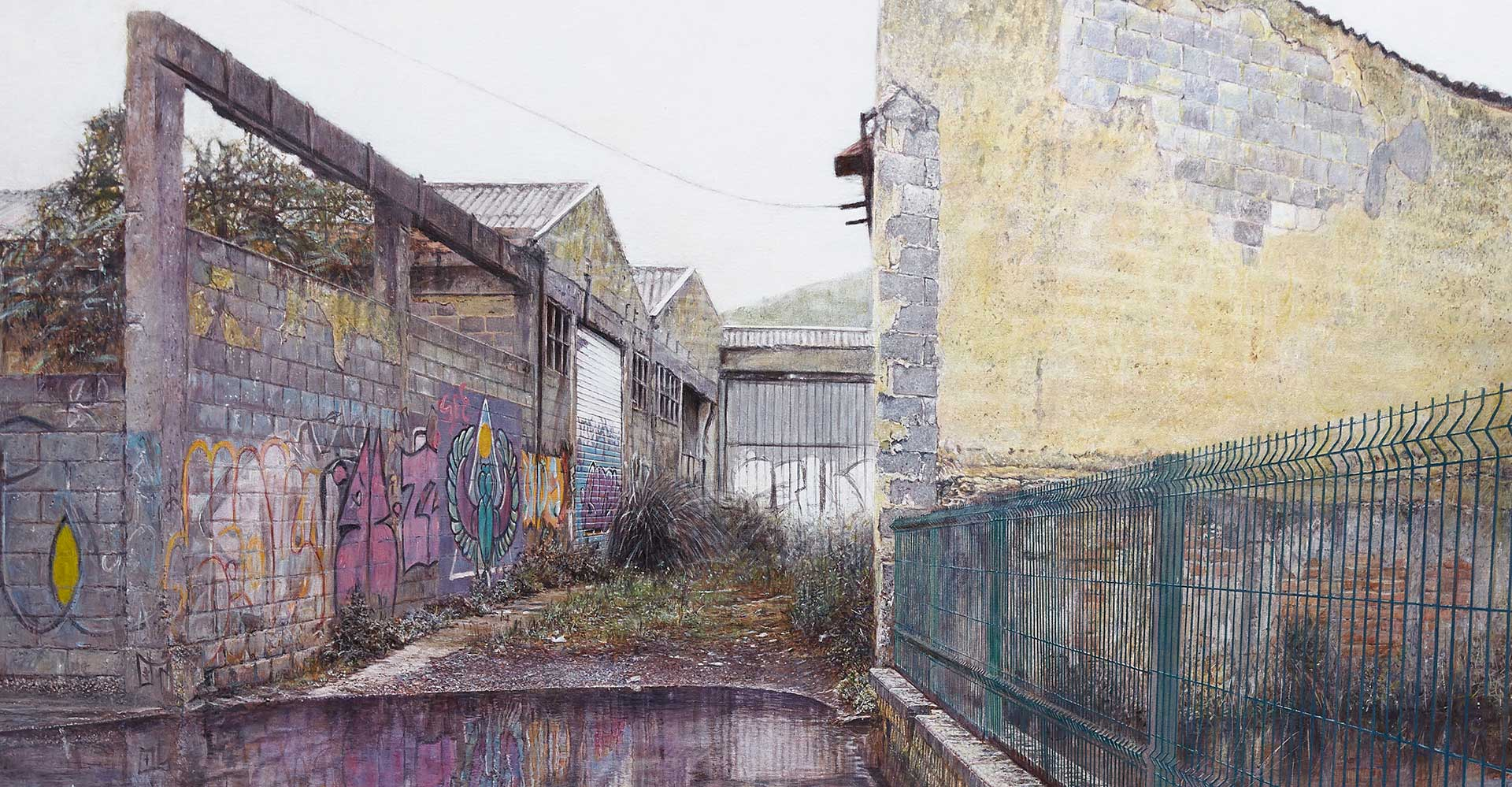 In February 2018, realist painter and urban planning architect Ana Schmidt was announced as the Winner of The Columbia Threadneedle Prize, the UK and Europe’s pre-eminent prize for Figurative Art Today. For her winning work, ‘Dead End’, Ana received the competition’s First Prize of £20,000 and a solo exhibition in central London.

The artist’s new paintings convey ‘non-places’ from what Schmidt calls “human height” to capture their crumbling pavements, broken walls and graffiti, and from high up, atop viewing platforms, making the viewer a distant observer. In both cases, the places Schmidt depicts are part real, part invented.

In Bad Seeds, Schmidt focuses on a puddle and the weeds growing on a wall she found at the site, but through the process of painting, changed colours, removed people, and added new graffiti. “It’s a very realistic, detailed representation,” says Schmidt, “but it’s not really real”. The same is true of the artist’s views from afar. In the case of the panoramic painting, City Shards, Schmidt superimposed pieces of images and transparencies onto the picture to create a ‘mental landscape’.