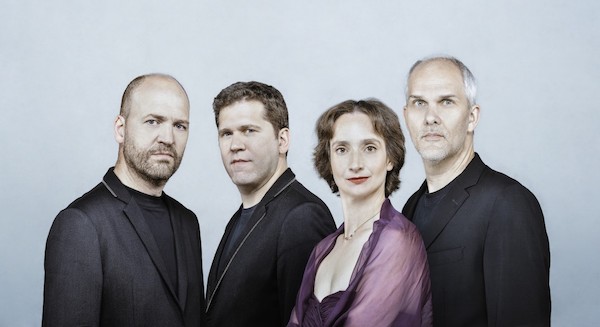 Founded exactly 25 years ago, the Cuatro Casals ensemble won the London International String Quartet Competition (predecessor of the Wigmore event) in 2000 and has subsequently enjoyed a career in the highest echelons of the chamber-music world. A wide range of recordings – including, recently, the entire Beethoven sequence – has been consistently well received. ‘No other quartet can match this group’s four-voiced marriage,’ wrote The Independent, ‘with its particular blend of fine-honed precision and passionate expressiveness.’

Of one of the quartet’s recordings, BBC Music Magazine wrote of ‘astonishingly insightful playing, musically captivating and technically blemishless. Each and every phrase rings so completely true that one can’t imagine the music being played any other way.’ The young Spanish pianist who joins them for the Brahms on July 3rd won both the Paloma O’Shea International Piano Competition in Santander in 2015 and the Artur Rubinstein Competition in Tel Aviv in 2021.