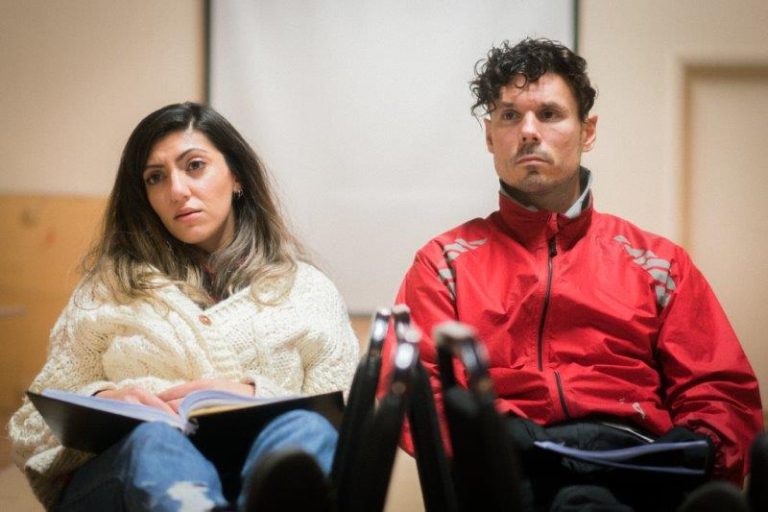 In a bid to save their relationship a Spanish couple travel to Cuzco – conquistador stronghold, Inca city of the puma and tourist paradise. But as the altitude sickness, Pisco sours and layers of history take hold, they realise their journey has only just begun.
Set along the Inca Trail, this is a sharp, contemporary portrait of a couple who become increasingly lost to one another, haunted by their own desires and the ghosts of their colonial past.
Written by the Valencian writer Victor Sánchez, the play will be making its English debut. Kate O’Connor (Frozen Light, Researcher ‘Minefield’, JMK Finalist) directs the UK premiere of one of Spain’s most acclaimed young playwrights. Translated by William Gregory (Royal Court, Gate Theatre), this production emerged from the work of Out of the Wings collective, based at King’s College London.
Cuzco will be presented at the Theatre503, an internationally renowned new writing theatre in South London, known for staging the work of new voices in critically acclaimed productions. Supported by AC/E, the English premiere of Cuzco will be running for 4 weeks at the theatre.

Víctor Sánchez Rodríguez (Translated by William Gregory)
Víctor Sánchez Rodríguez is a playwright and director from Valencia. He trained at the Institut del Teatre, Barcelona. In 2016 he won the MAX Best New Playwright Award for We Won’t Kill Each Other with Guns. Other notable productions include Not Even Spain’s Damn Mother Would Recognise Her, Written from the Flames, and Wild Horses Wouldn’t Drag Me Away (Winner of the 2011 INJUVE Award for Best Production). In 2017 he directed Ivan and the Dogs by Hattie Naylor at the Teatro Español and the premiere of his own play, Cuzco, at the Teatro Rialto in Valencia. This production transferred to the Teatro Fernando Fernán Gómez in Madrid in November 2018. Victor was also selected as part of the INAEM 6th Cycle of Contemporary Dramatists 2018.