Eduardo Mendoza at the Cervantes Institute 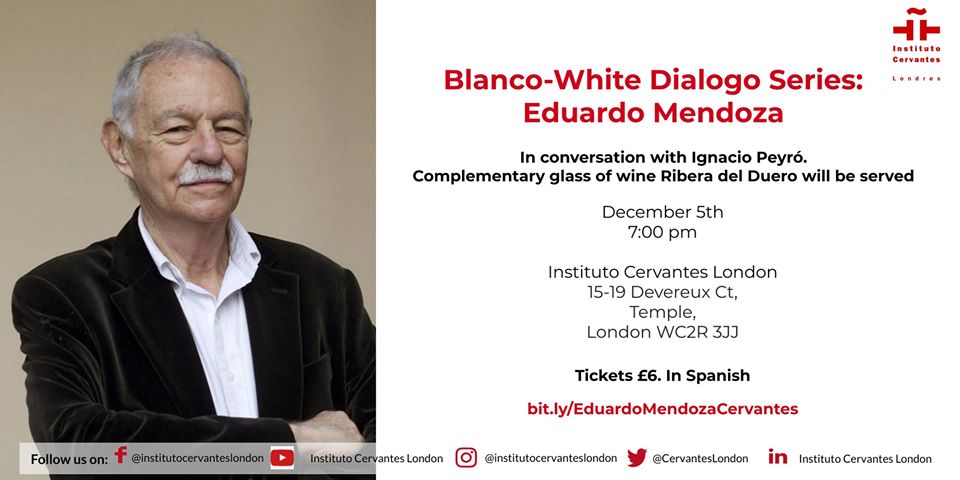 Eduardo Mendoza awarded in 2016 with the Cervantes Prize, will attend Blanco-White Dialogo Series at the Cervantes Institute in London.

Eduardo Mendoza studied law in Barcelona and sociology in London. In 1973, he moved to New York, where he worked for almost 10 years as an interpreter for the UN. His first novel, La verdad sobre el caso Savolta, was very well received by critics. In 1986, he published La ciudad de los prodigios, one of his most ambitious works considered to be the great novel about Barcelona. His books have been translated into a number of languages, and he’s translated Shakespeare, Lord Byron, E.M. Forster and Arthur Miller. In 2016 he was awarded the Cervantes Prize, the most prestigious distinction in Spanish-language literature, in recognition for his entire career.

After the conversation, a complementary glass of Ribera del Duero wine will be served.

If you want to join this event, book your tickets here.