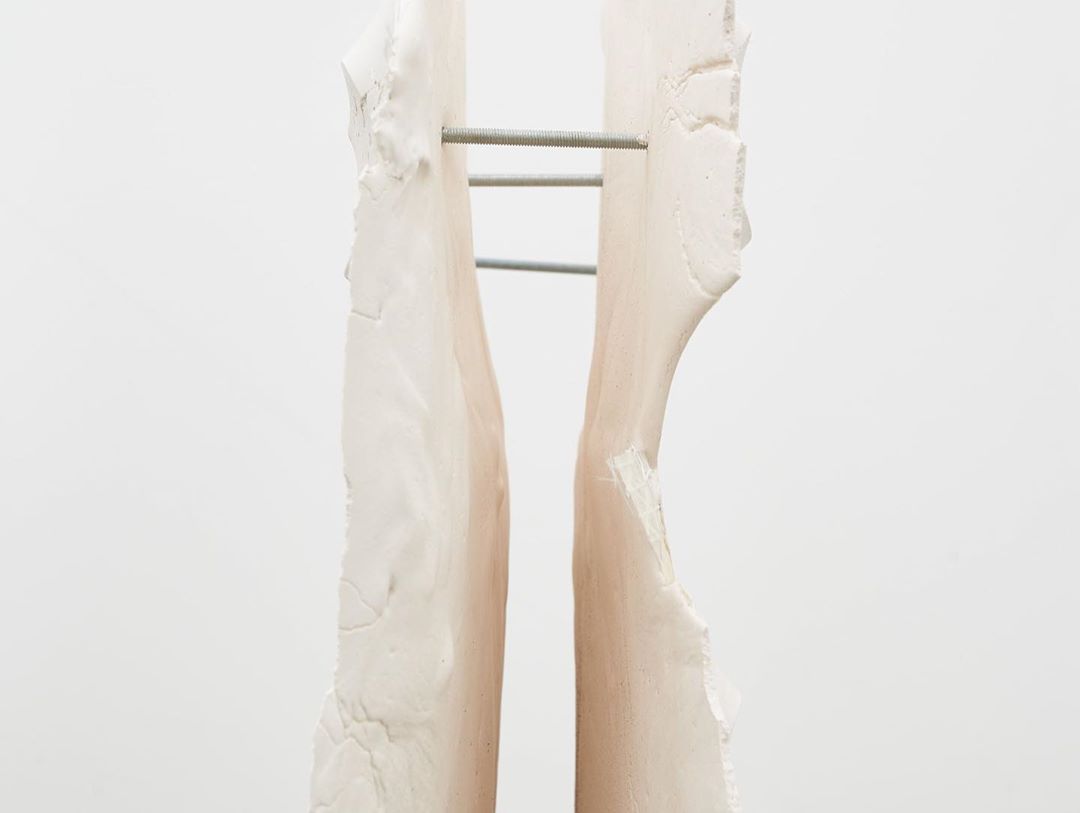 We access a space where we recognise each other’s absence. The action has taken place; fading bodies, breaths, extinguished flames or, maybe, the preparation of a communion to come. We enter into a fugitive state, a fugitive path, a space for complicit love.1

Navigating remnants of the domestic, some hard as horse-hair, some soft as feathers,2 we are witnesses of a conspiracy that still seems to be present.

But who was there?

The central figures were others, the borders are now the centre and, between the absent bodies, we intuit an accomplice who demands not to be one,

to be more than one,
to be other than one.3

Vestiges of an epistemology other, that comes from a place that has been denied – a place that is offered so that it may be conquered, to conspire towards its conquest, drawing together a conspiracy without a plot.4

The artist offers a complicit scenario, a witness to a run away, to a knowledge in motion, to care and to resistance – a shared space that seeks to bear witness to a radical sociability. To put ourselves in risk, to allow access, to be possessed by a dispossession. A space of escape, in plain sight, without direction or plot.5

Between empty mattresses we encounter the remains of moulded bodies no longer present, shaping an obscure narrative through their trajectory of affects.

The artist guides us through latent presences of witches and sorceresses, magicians, the border figure, whose body is neither male nor female, neither animal nor human, neither young nor old, neither alive nor dead.6 She offers the scenario of a rite, a detonating, a navigable space for an encounter.

The forms are contained and dissipating. Inks, shapes and traces are made to relate their condition; they are hosts of a story accessible on their inner parts: smooth, soft, permeable, sharp – about to overflow, escaping the iron structures, an entering into a tense dichotomy between support and limitation. Rotted chains on the wall. Condensed forces – from liquid to solid, from gas to liquid – inherited and perverted, palpable on those unlighted candles that anticipate the recommencement of the ceremonial.

Aurrekoetxea invokes a multiplicity inside us, invites us to pause, to choose a space, to get rid of the fear of putting ourselves in danger in this collective conspiracy. Hear the inaudible, feel what has not been felt, never consent to be a single being.7

Nora Aurrekoetxea (b. 1989, Bilbao) received her BFA from the University of the Basque Country (Bilbao, Spain) in 2003 and completed her MFA in the Royal College (London, UK) in 2017. She received the Botín Foundation Scholarship (2017) and has been an artist in residence at the Cité Internationale des Arts of Paris (2018) and the Solomon R. Guggenheim of New York (2018). She has been awarded with the ARCO prize of the city of Madrid (2020) and ERTIBIL (2020), and her work is part of the permanent collection of the museum Ca2m (Madrid, Spain). She is opening her first solo show in Madrid in September 2020 at Juan Silio gallery.

You can visit the online exhibition here.