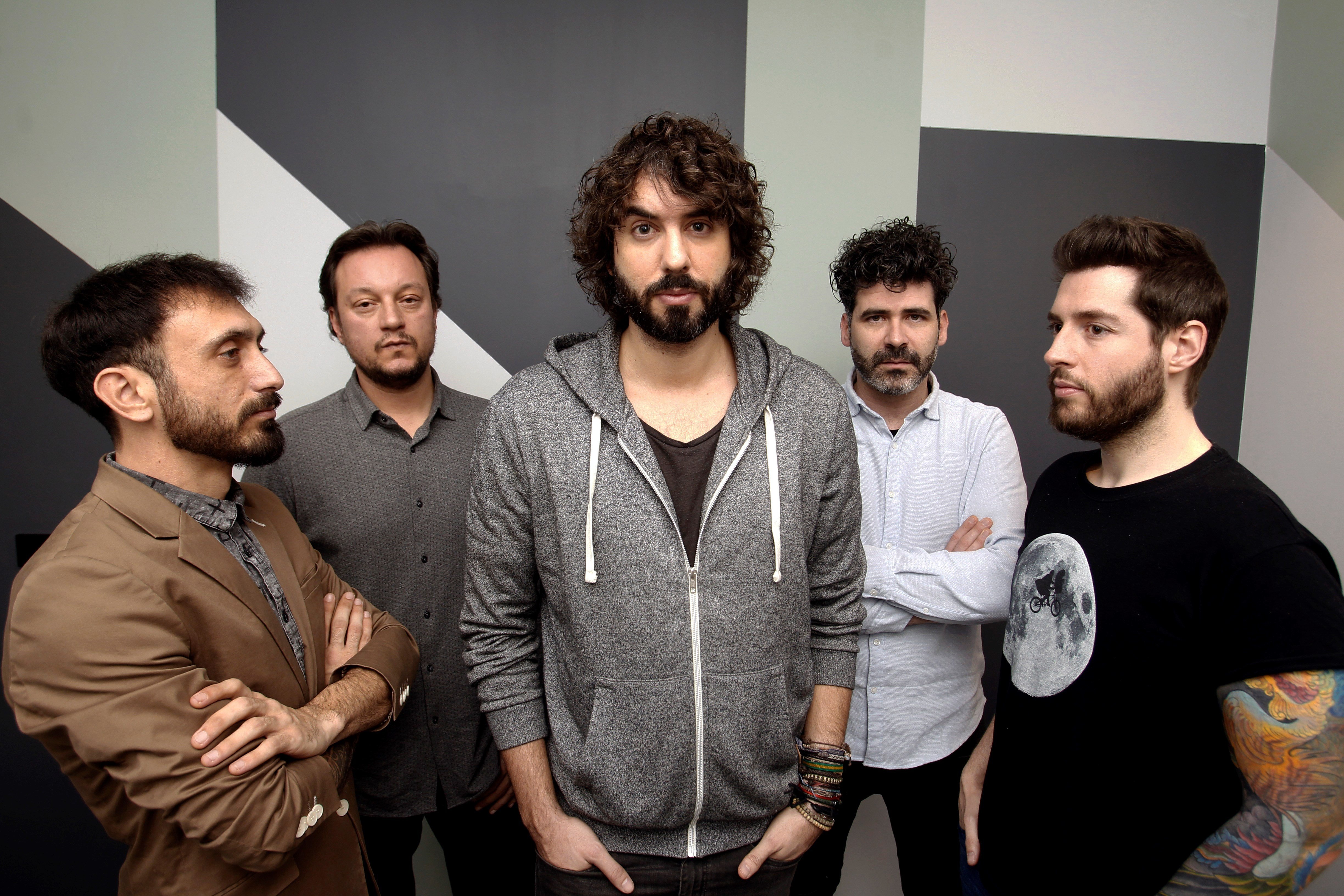 Madrid based band Izal represents the quintessential new Spanish and successful indie band like no other. Integrated by Mikel Izal (voice and main composer), Emanuel Pérez “Gato” (bass), Alberto Pérez (guitars), Iván Mella (keyboards) and Alejandro Jordá (drums), the band has been climbing steps into the ranking of preferences of a young audience, thanks to a word-of-mouth ability that turns their music viral and brings crowds to their sellout shows.
This 2019 the band will present the Autoterapia Tour, a show with a new assembly and repertoire that takes the fans to an original musical experience. With more than two hours on stage, Izal will be returning to British venues on a tour of their won that will be arriving in London on this upcoming march. The tour takes over the various records of Izal, exploring the old singles as well as the new songs from their latest record.
Their albums to this date, Magia y efectos especiales (2012), Agujeros de gusano (2013) and Copacabana (2015), Vivo (2017) and Autototerapia (2018) have included Izal among the likes of Vetusta Morla, Supersubmarina, Standstill or even Two Door Cinema Club. Their cryptic lyrics and breathtaking beats have become a signature style, making them one of the few Spanish bands capable of selling out beyond the frontiers of their own countries, reflecting their ability to create music that transcends the barriers of language and space.