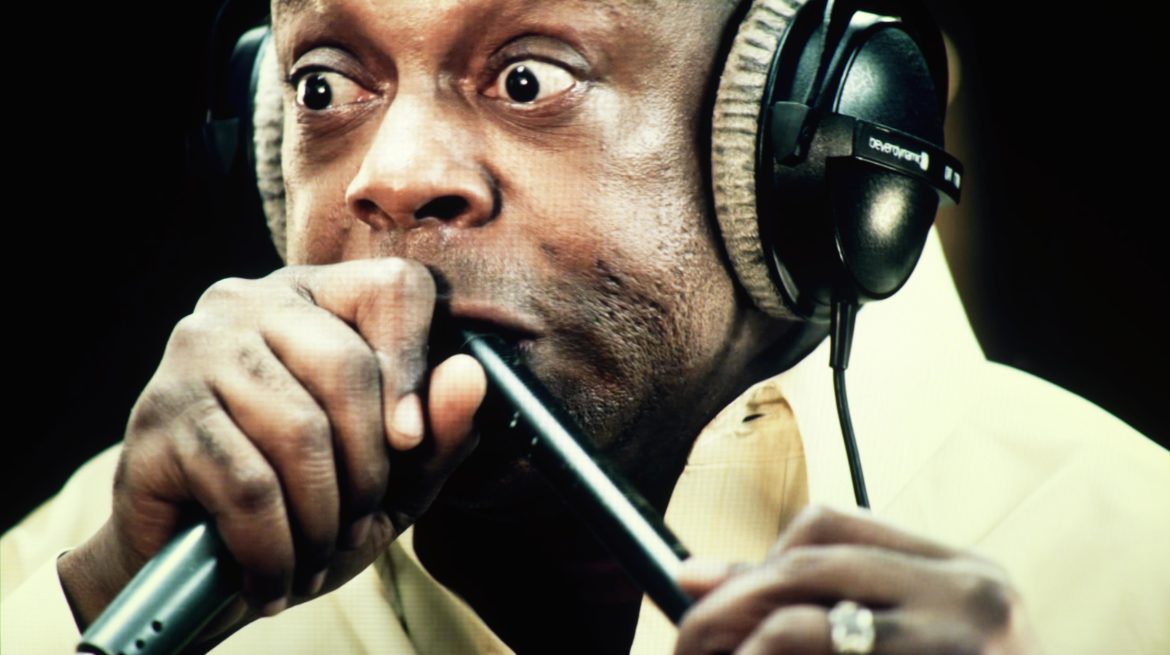 An elderly woman grimaces, grits her teeth, throws her head back, drops her jaw, frowns – and becomes impassive before continuing her roll call of facial expressions. We hear the clack clack clack of typewriter keys striking paper; the sounds are made not by a machine, but by a man. The experimental writer Maria Fusco (b. 1972, UK) has staged an encounter between the silent Astonishment, Disdain, Pain and So On (2013) by Esther Ferrer (b. 1937, Spain) and the rhythmic The History of the Typewriter Recited by Michael Winslow (2009) by Ignacio Uriarte (b. 1972, Germany). A young woman poised on her haunches in an interior by Cindy Sherman (b. 1954, US) gazes inquisitively at their encounter.

A concrete arch by Cristina Iglesias (b. 1956, Spain) provides the portal into this imaginative world between language, silence and space. Pello Irazu (b. 1963, Spain) presents a tiny but unoccupied Room for Two (1992); while Alan Charlton (b. 1948, UK) articulates the white wall with his mute grey monochromes. Black-and-white photographs by Astrid Klein (b. 1951, Germany) and Christopher Williams (b. 1956, US) speak in the voices of avant-garde and advertising photography, respectively.