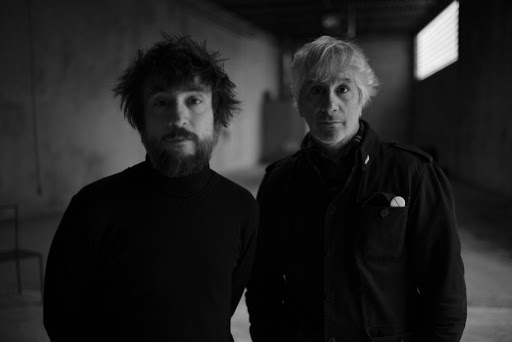 Thursday the 7th of April Lee Ranaldo will be at the Barbican Centre in Lodnon. The artist Lee Ranaldo (Sonic Youth) turns concrete textures into abstract songcraft in this collaboration with Catalan producer and singer Raül Refree.

It’s a collection of songs partly indebted to fate: a mysterious tape found in a second-hand machine purchased by Ranaldo years ago makes up the backbone of the music. These peculiar, context-free sounds – drums, slamming doors, people talking – morphed into something more cohesive over months of experimentation. From the electric crackle of the tape, melodies began to reveal themselves, and the duo turned them into songs, composing with marimba, vibraphone and samplers.

Ranaldo and Refree first worked together on Ranaldo’s 2017 solo album, Electric Trim, and soon after the pair began trading ideas for what would become this set of songs, captured on the album Names of North End Women. Ranaldo describes it as ‘the beginning of a new partnership, a new configuration’.