School of Performance and Cultural Industries 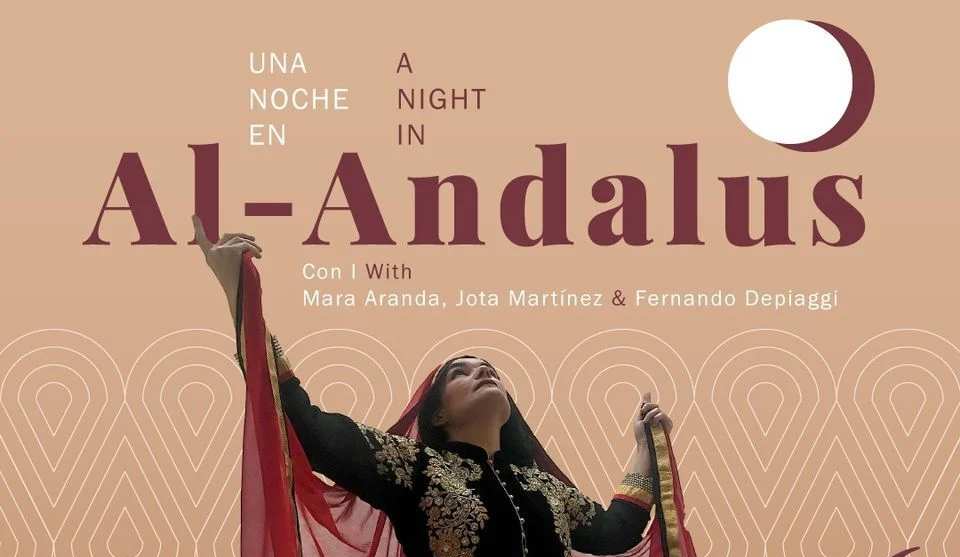 Mara Aranda celebrates the rich melting pot that is the medieval music of the Iberian Peninsula in ‘A Night in Al-Ándalus’. The music and songs of Jews, Muslims and Christians, who wove their fortunes and destinies on Iberian soil in meetings and court festivities or alongside daily chores, were heard in houses and palaces as well as in streets, squares and souks, tell us about their festivities, their celebrations and rituals, their intimate feelings and also about historical events that took place at the end of old Europe. All this has been passed, as a living testimony, by word of mouth, from soul to soul from the time they were created until the present day.

The concert ‘A Night in Al-Ándalus’ showcases the sounds of medieval musical instruments from all over the Mediterranean area.

This performance is part of the programme of the Leeds International Medieval Congress 2022,  Europe’s largest forum for sharing ideas in medieval studies. The IMC 2022 will take place from Monday 4th July to Thursday 7th July 2022 on the campus of the University of Leeds.