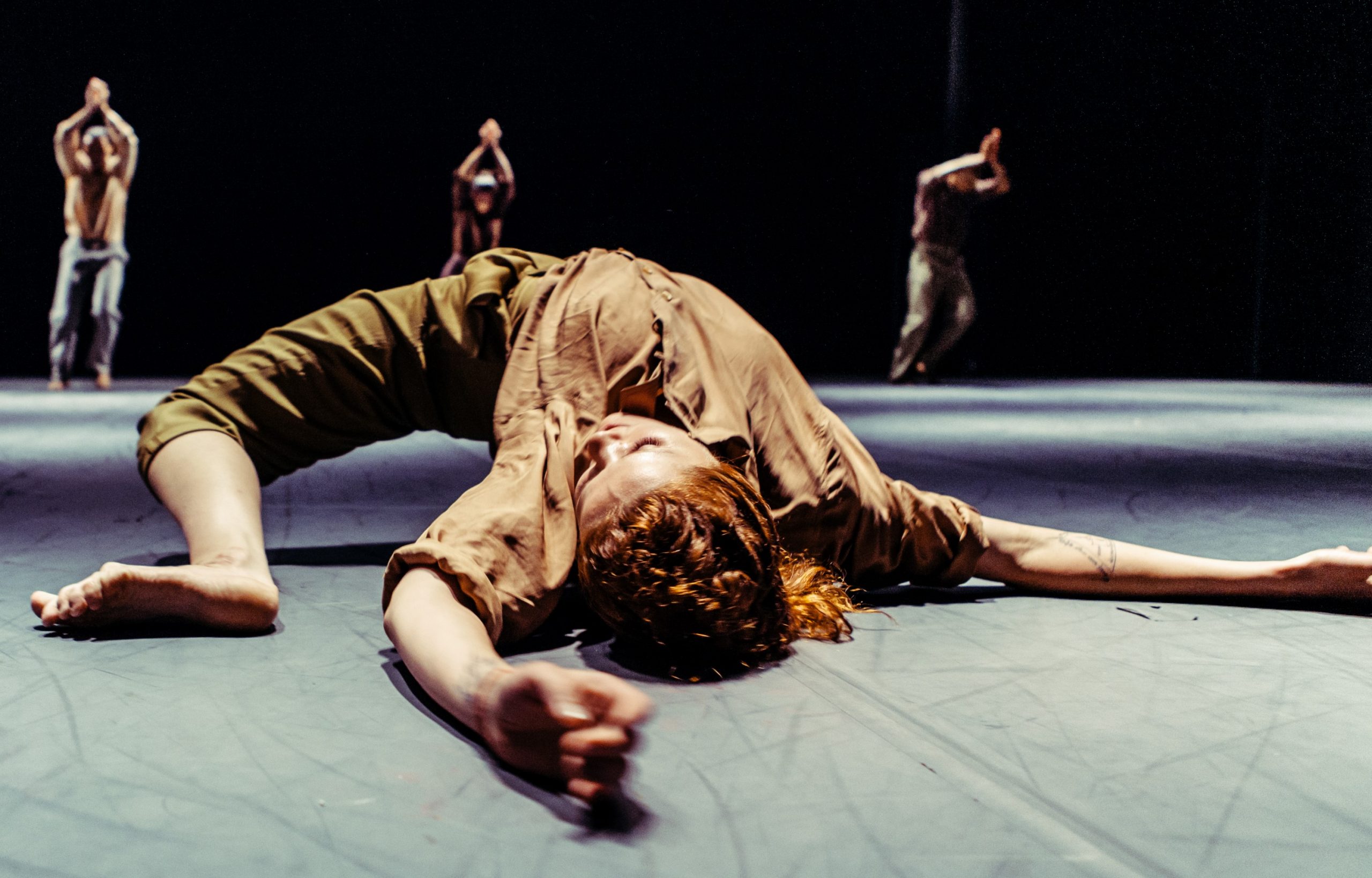 Mario Bermudez Gil and Catherine Coury will train intermediate / advanced dancers the technique that the company Marcat Dance uses to train its dancers.

This one hour and fifteen minutes class will be taught and demonstrated in both Spanish and English and will focus on movement quality and control of the body. As part of the workshop, there will be a sensitive, sensory-based introduction led by Catherine Coury which will lead into set phrase work and Gil technique led by Mario Bermudez Gil.

The class is a physical and mental workout that draws inspiration from Gaga while also including floor work and short movement phrases from Marcat Repertory. Participants will be consistently stimulated by changes in movement quality, dynamic texture, and musicality. Through games and physical/vocal play, participants will work on following inner impulses, listening as individuals and as a group, learning from their weaknesses, gaining confidence and becoming aware of the brilliance that lives inside them.

Mario Bermudez Gil, Artistic Director and Choreographer of Marcat Dance, is a prolific creator who has developed a recognizable movement language known for its dynamic physicality and long-lasting emotional impact. His highly acclaimed works and commissions are performed by Marcat Dance as well as other leading dance companies around the world, including the National Dance Company of Spain, the National Dance Company of Wales, Flamenco Star Eva Yerbabuena, Hung Dance Taiwan, Nuovo Balleto di Toscana BDT, and Scapino Ballet Rotterdam.

Prior to Marcat Dance, Bermudez Gil was a company member of Tel Aviv-based Batsheva Dance Company (2012-2016). With Batsheva, he performed work by Ohad Naharin, Sharon Eyal, Hofesh Shechter, and Roy Assaf, and danced in prestigious theaters around the world including the Opera National de Paris (Paris, France), Brooklyn Academy of Music (Brooklyn, NY), and The Kennedy Center for the Performing Arts (Washington, D.C.). From 2010 to 2012, Bermudez Gil was based in New York City and danced with Andrea Miller’s Gallim Dance and Jennifer Muller/The Works. His training began at age of 20, when he studied at Centro Andaluz de Danza in Sevilla, Spain, during 2008-2010.

Catherine Coury is a performer and the creative assistant of Choreographer Mario Bermudez Gil, as well as a Gaga Teacher (Movement language of Ohad Naharin/Batsheva Dance Company) and Ilan Lev Practitioner. In 2019, Coury obtained the Best Dancer award in Certamen Coreografico Distrito de Tetuan, Madrid, and in 2020 she was nominated as finalist for the Premios MAX in the category of Best Female Interpreter.

Dedicated to dance education, Coury frequently teaches in conservatories, universities, and companies around the world and in 2019 she launched the first ever Study Abroad Program for the University of Michigan in Spain in partnership with Marcat Dance. Prior to Marcat Dance, Catherine lived and worked in New York City for five years freelancing with choreographers Shen Wei, Shannon Gillen, Andrea Miller, and Loni Landon.

As a performer, she toured internationally in important venues including the Lincoln Center (NYC), Art Basel (Miami), Festival de Danse (Cannes), and Stanislavsky and Nemirovich-Danchenko Theatre (Moscow), among others. As a dance administrator, Coury played an integral role in the development of Andrea Miller’s Gallim Dance and The Playground NYC. A native of Detroit, Michigan, she received her BFA from the University of Michigan.

The workshop will take about 75 minutes and will be held in English and Spanish. You can sign up for it here.