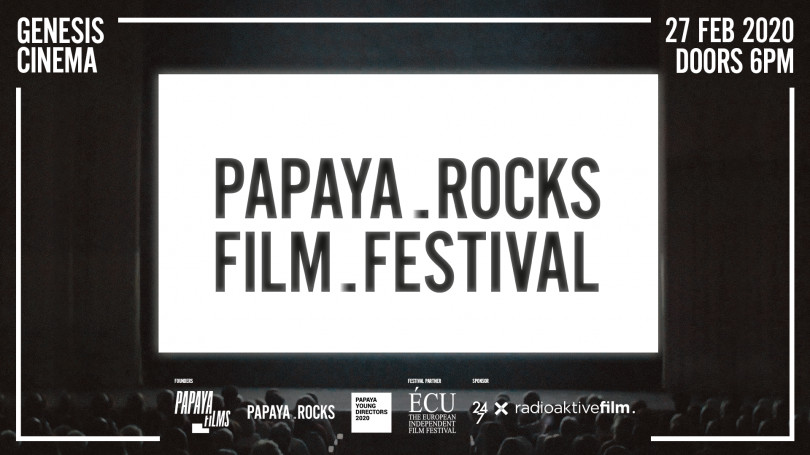 Papaya Rocks Film Festival will take place the 27th of February of 2020. The main theme for festival is “Togetherness”. The event returns to the award-winning Genesis Cinema in London to showcase the very best short films, micro-docs, animations, clips and branded content from around the world.

Over 300 films were submitted to PRFF from 15 countries and 20 films in the Official Selection will have a Premiere status at the festival. Each of the film will compete in 8 categories: editing, direction, screenplay, cinematography, music video, micro-short, animation and Jury Award Best Film. This year, 56 films are in the selection with 35 films directed or co-directed by women, where 11 films come from spanish directors.

Tickets for the festival are available here.