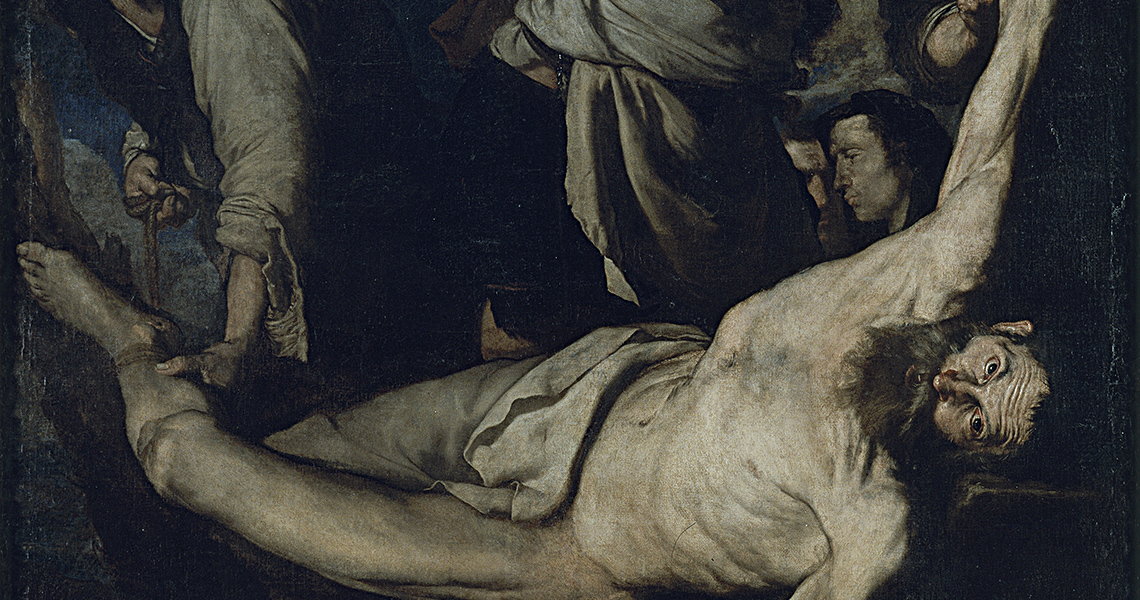 Ribera: Art of Violence will be the first UK show of work by the Spanish Baroque artist and printmaker, Jusepe de Ribera (1591-1652), bringing together his most sensational, shocking and masterfully composed work.

Ribera has long been celebrated for his depictions of human suffering, a popular subject for artists during the Catholic Counter-Reformation. This exhibition will explore for the first time the theme of violence in Ribera’s work to demonstrate how his images are neither the product of his supposed sadism nor the expression of a purely aesthetic interest, but rather involve a complex artistic, religious and cultural engagement in the depiction of bodily suffering – challenging visitors to look beyond the shocking imagery.

Born in Játiva, Valencia, Ribera spent most of his career in Naples, southern Italy, where he influenced many Neapolitan masters including Salvator Rosa and Luca Giordano. He is often regarded as the heir to Caravaggio for his dramatic use of light and shadow, and his practice of painting directly from the live model.

Please note this exhibition does contain one example of human remains in the form of tattooed skin.