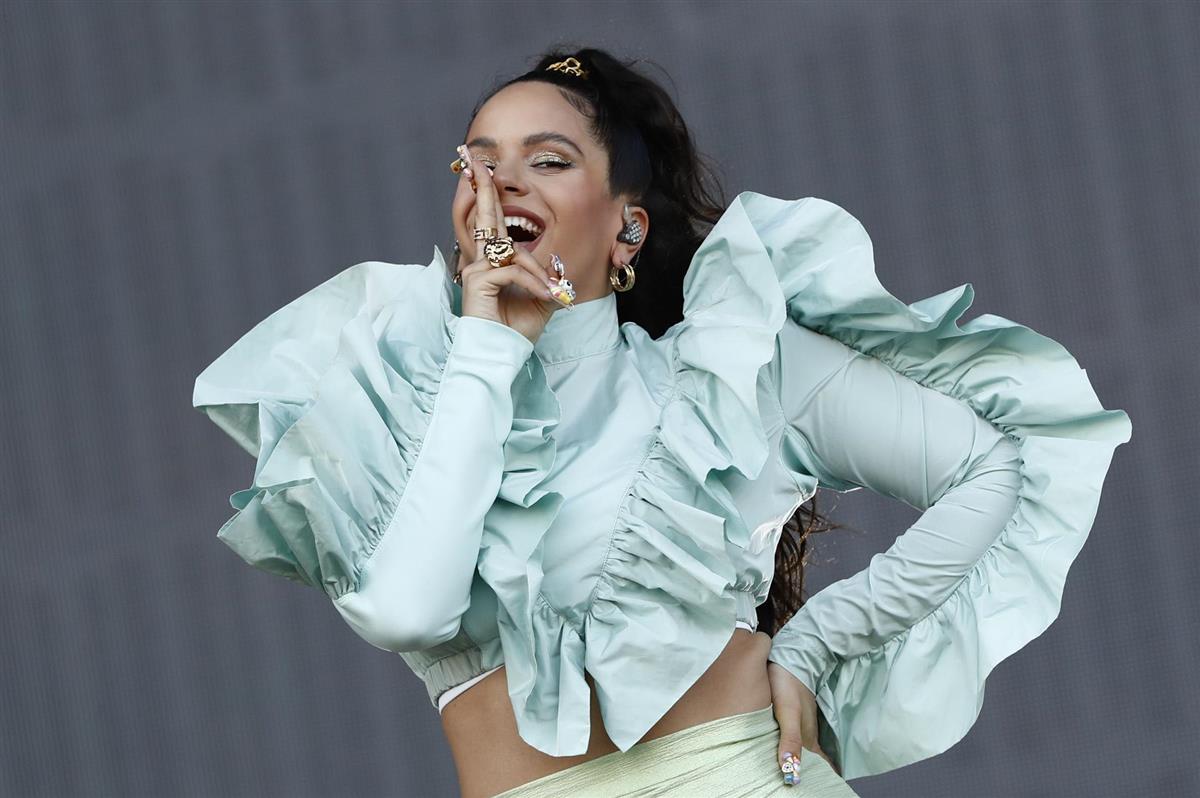 Rosalía returns to London for the fourth time in December.
It is undeniable that the Spanish superstar Rosalía has become an international phenomenon. Her music, choreographies and sceneries mix the Spanish rich musical and cultural heritage with contemporary electronic and R&B beats. This has brought the Spanish tradition closer to the foreign audience and, as a consequence, has hastily launched her into fame.
It was just one year ago when Rosalía visited London for the first time. She attended to the prestigious TV programme BBC Later… with Jools Holland, where she performed Malamente making the public fall in love with her. That was the day Rosalía conquered United Kingdom. The artist gave a free concert in Village Underground in Shoreditch to promote her album El Mal Querer. It was a huge success. Consequently, she was listed in the BBC Music Sound Of 2019 list in January.
The ‘Queen of Latino Pop’, as she has been recently been named, visited London again for the second and third time this year. She brought her flamenco sound with urban beats to the Somerset House Summer Series and to Glastonbury Festival, where she astonished the crowd with her dramatic charm.
After her three performances in London, Rosalía has become an acclaimed artist among the international audience of London. This December, she will return to the city to perform a one-off show by the hand of O2 Academy Brixton on 5th December, with regard to the close end of her Tour El Mal Querer.
O2 Academy Brixton is a recognized international award-winning venue for cultural performances. It belongs to the Academy Music Group, the UK’s leading operator of live music and shows. The venue has hosted legendary performances and the stage has seen an incredible line-up of artists over the years. It is a celebrated venue and has become a rite of passage for musicians. Legendary performances such as Sex Pistols, Bob Dylan, Rolling Stones, Radiohead, The Clash, N*E*R*D, Kings Of Leon, Foo Fighters, Coldplay, Missy Elliot, P!nk, REM, the Pixies, Kings of Leon, Amy Winehouse, The Clash, Rihanna, Lady Gaga, Kasabian, Florence and the Machine, The Strokes, Blur, Coldplay concerts have been hosted in this acclaimed venue. According to the Maccabees, O2 Academy Brixton ‘is the best venue in the world’.
Rosalía’s masterclass in vocal control and electrifying choreographies in combination with the symbolic O2 Academy Brixton venue will make 5th December a promising day. This is common knowledge, as the show has been in the stage of sold out for some weeks.