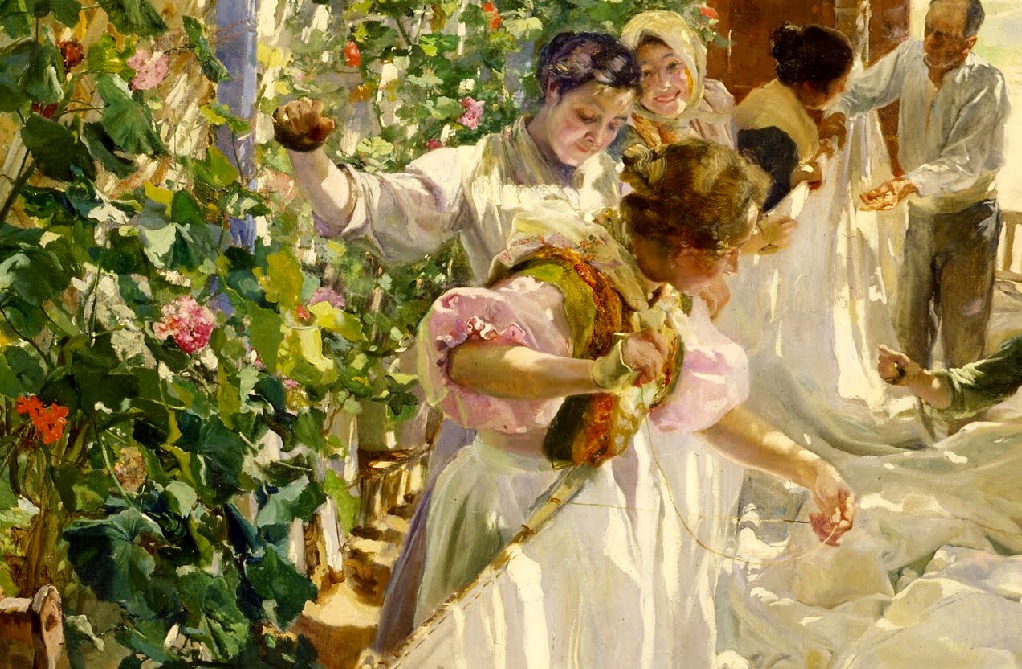 Sorolla: Spanish Master of Light (18 March – 7 July 2019) will include portraits, and genre scenes of Spanish life, as well as the landscapes, garden views, and beach scenes for which he is most renowned.

Filling the Sainsbury Wing exhibition galleries, the display will feature sixty works spanning the artist’s career, including important masterpieces on loan from public and private collections in Europe and the United States. This will be the first UK retrospective of the artist since 1908 when Sorolla himself mounted an exhibition at London’s Grafton Galleries where he was promoted as The World’s Greatest Living Painter.

While it was his sun-drenched depictions of the life, landscapes and traditions of Spain, as well as his gifts as a portraitist, which sealed his fame, Sorolla, who trained in Valencia and studied in Madrid and Rome, first won an international reputation for major works tackling social subjects. For the first time in the UK a series of these prized early social paintings will be brought together including his ‘The Return from Fishing’ (1894, Paris, Musée d’Orsay), which was bought by the French government; and ‘Sewing the Sail’ (1896, Fondazione Musei Civici di Venezia, Galleria Internazionale d’Arte Moderna di Ca’ Pesaro, Venice), which was acquired by the city of Venice. Also displayed will be Sad Inheritance! (1899, Colección Fundación Bancaja, Valencia) kept in the Church of the Ascension on New York’s Fifth Avenue for over fifty years until it was returned to Spain in 1981.

One third of the paintings in ‘Sorolla: Spanish Master of Light’ will come from private collections and another third will be generously lent by the Museo Sorolla, one of Madrid’s most dazzling small museums, which occupies the house and garden Sorolla designed and built for his family. The Museo, now a Spanish national museum, was created following his death from bequests by the artist’s family.