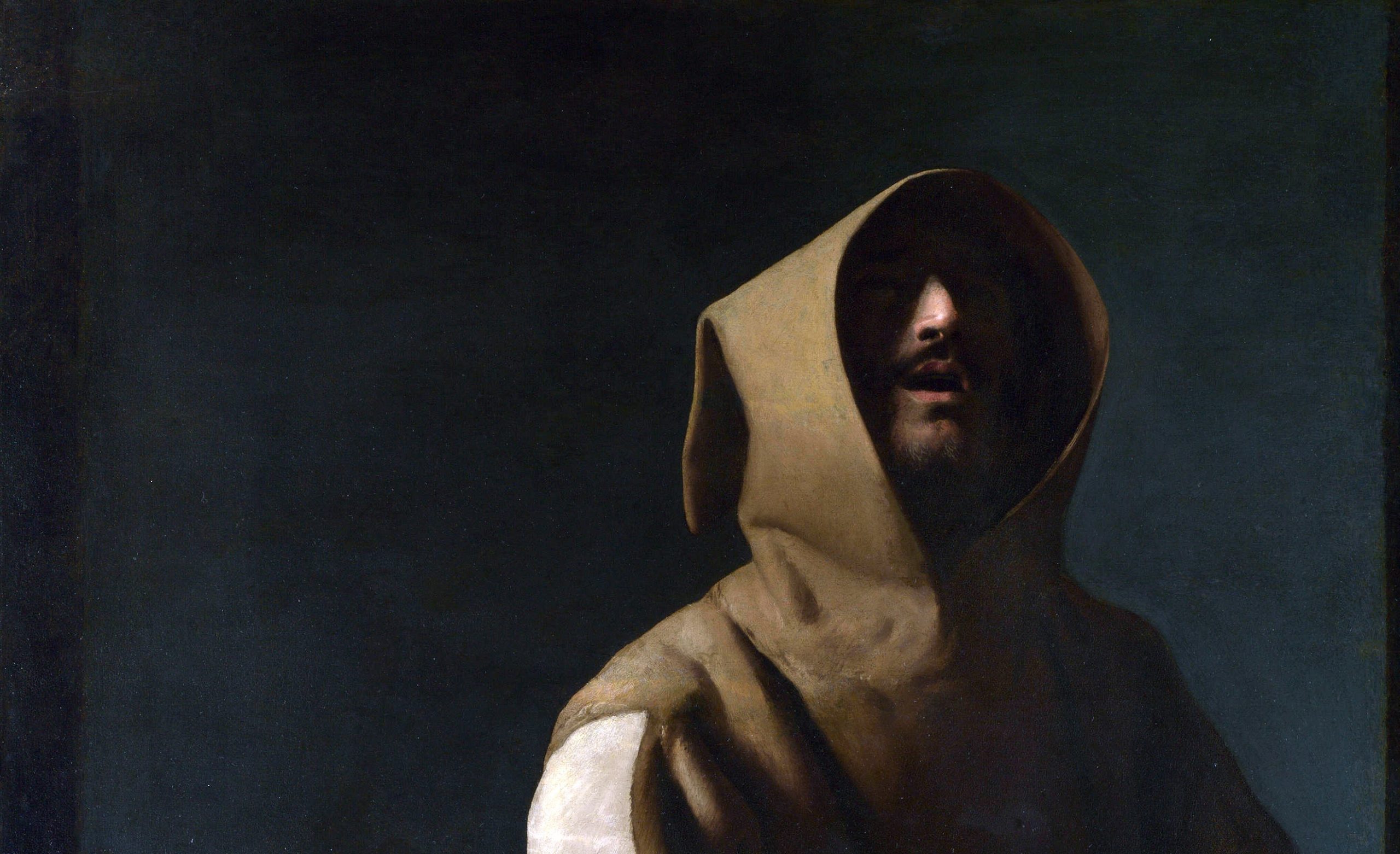 Zurbarán’s iconic painting, Saint Francis in Meditation, is deceptive in its simplicity. Once the star work of King Louis-Philippe’s Galerie Espagnole (1838–48), where it captured the attention of art critics, painters, and poets, the painting was acquired by the National Gallery, London, in 1853. The purchase was initially steeped in controversy: deemed ‘a small, black, repulsive picture’, it divided opinion on account of its aesthetic qualities and ascetic theme.

This lecture by the art historian and curator Edward Payne seeks to nuance our understanding of Zurbarán’s artistic construction of the work by exploring its subtle ambiguities. It argues that the tensions between surface and depth, so prominent in the painting, operate not only visually, but also metaphorically. The artist’s painterly translation of Saint Francis suggests an intricate relationship between the physical world and the spiritual realm, the materiality of paint brushed onto the canvas evoking a divine encounter. The viewing experience itself becomes further complicated, as our role oscillates between onlooker and participant, echoing the activity of Zurbarán’s contemplative figure