The Legacy of Krause: Alberto Jiménez Fraud and the Spanish Intellectuals in the UK after 1939 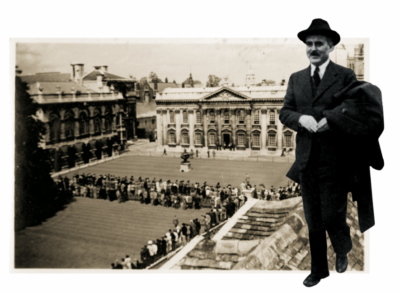 The roundtable series: Spanish Intellectuals from Krause to post-war Britain, focuses on the transnational dimensions of the work of German philosopher Karl Christian Friedrich Krause (1781-1832). Although Krause’s philosophy garnered limited attention within Germany, it became highly influential throughout Europe, leaving a strong imprint in countries such as France, Belgium, Holland and Portugal, and most prominently, in Spain. Spanish Krausistasbecame a prominent intellectual group, who sought to apply Krause’s ideas to a wide range of disciplines in an effort to foster Spain’s intellectual, cultural and scientific renewal at the turn of the twentieth century.

This fourth and final session will include Dr James Valender (El Colegio de México), co-editor of the recent edition of the epistolary of Alberto Jiménez Fraud, and Dr Mari-Paz Balibrea (Birkbeck) to engage the connections between the Krausistas and the UK in the years after the Spanish Civil War, particularly through key figures such as J.B. Trend and Sir Michael Ernest Sadler.

For more information visit their webpage.