The translation of literatures in Basque, Catalan/Valencian and Galician 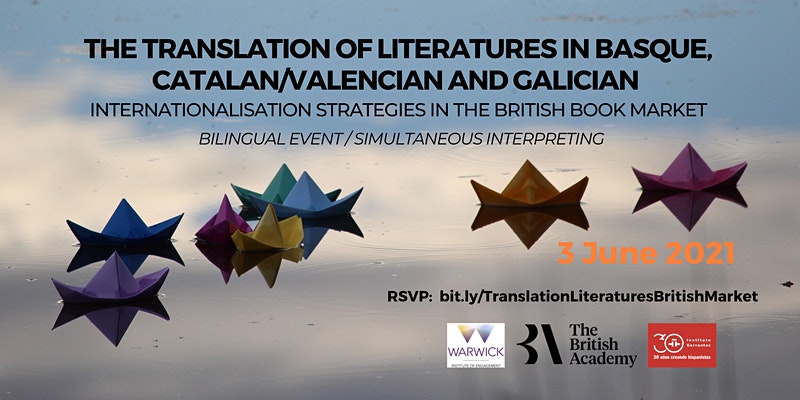 This event will discuss current challenges and opportunities faced by literatures written in the Basque, Catalan/Valencian and Galician languages in their translation into English. Scholars, delegates from source-culture institutions and representatives from the British publishing houses that are currently leading the translation market will explore the following questions: What makes British publishers translate literature written in lesser translated languages? Do translation grants matter? What is the circulation and dissemination of translated literary works from these languages? How are they received in the anglosphere? Will the 2022 edition of the Frankfurt Book Fair, in which Spain will be guest of honour, be a turning point in the internationalisation of these literatures?

These sessions will be of interest to:

This is an initiative organised by Olga Castro (University of Warwick) and Laura Linares (University College Cork), in collaboration with the Instituto Cervantes in London. It is linked to the research project “Cultures in Translation: The Case of 21st Century Basque, Catalan and Galician Literatures in English Translation,” led by Olga Castro and funded by the British Academy/Leverhulme Small Grants Scheme (2018-2021) and has also received financial support from the Warwick Institute of Engagement, University of Warwick.