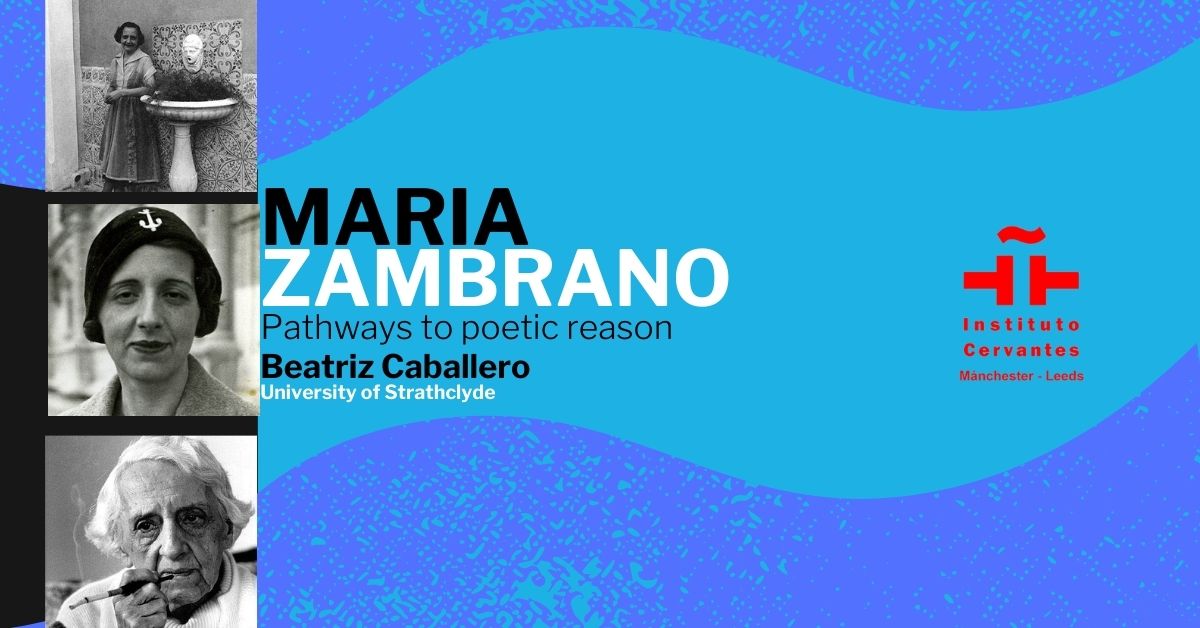 Poetic Reason constitutes María Zambrano’s greatest contribution to intellectual history. Standing at the intersection between philosophy, literature, mysticism, poetic reason is, first and foremost, Zambrano’s answer to the crisis of Western thought and civilization. But what is the poetic reason? These are some of the questions addressed in the course organised by Instituto Cervantes Manchester and Instituto Cervantes Leeds.

Contrary to what the title may suggest at first glance, the poetic reason is neither a form of philosophy nor of poetry. So what is it? This first session will try to answer this question by discussing the background, aims, and key features of poetic reason.

In this session, we will take forward what we learned about what poetic reason seeks and how it works and we will use it to help us interpret some of the selected short passages of María Zambrano’s texts, where we can see poetic reason in action.

The sessions will be in English. No prior knowledge is required.

Beatriz Caballero Rodríguez is a senior lecturer at the University of Strathclyde (Glasgow). She is the author of several books and articles on 20th-century History of Ideas in Spain, particularly in the areas of memory, trauma, exile, and political philosophy. Her publications include two monographs ‘Against Instrumental Reason: Neo-Marxism and Spirituality in the Thought of J.L.L. Aranguren and J. Aguirre’ (Anagnórisis, 2013) and, most recently, ‘María Zambrano: A Life of Poetic Reason and Political Commitment’ (WUP, 2017).