Saelia Aparicio: Your Consequences Have Actions 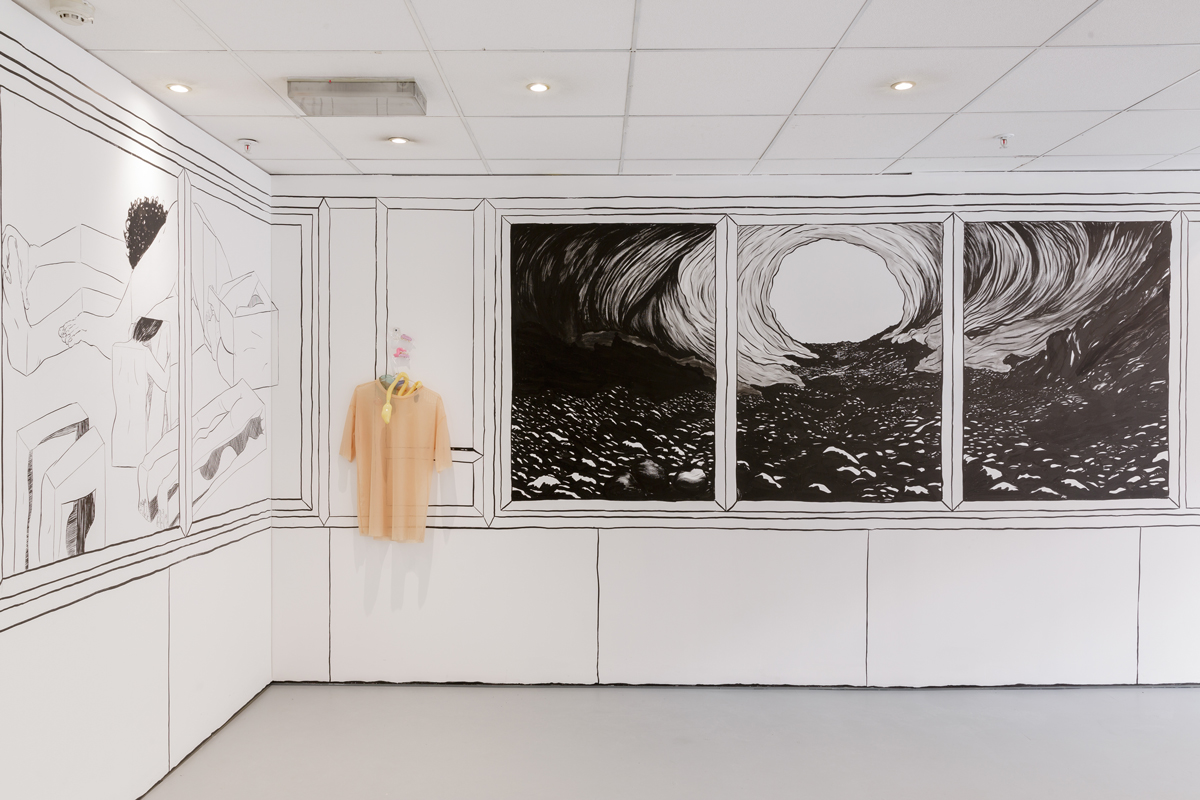 Your Consequences Have Actions is Saelia Aparicio’s first major exhibition in a public gallery in the UK, bringing together newly commissioned works made especially for The Tetley with a selection of existing works.

Aparicio will create a new drawing for The Tetley’s Leeds Beckett Atrium wall – filling the gallery space and flowing into the ground floor Bar & Kitchen. Spanning four floors and curling around walls the drawing will be impossible to view in its entirety.

The body is a malleable source of wonder and horror for Aparicio. For her it is simultaneously a mask, a costume to be worn, and a changing, ever moving form shaped by ageing and disease. Aparicio’s figures take their skin off and leave it behind draped over chairs, creatures emerge from under fingernails, and features are squashed and smashed together.

The Tetley is a centre for contemporary art and learning located in the art deco headquarters of the former Tetley Brewery in central Leeds. The Tetley is operated and curated by Project Space Leeds (PSL), a contemporary arts and education charity founded in 2006. PSL was established to create a platform for emerging artists across the UK and further afield, allowing them to make and show work on an expansive scale, pushing their practice within a supportive environment.