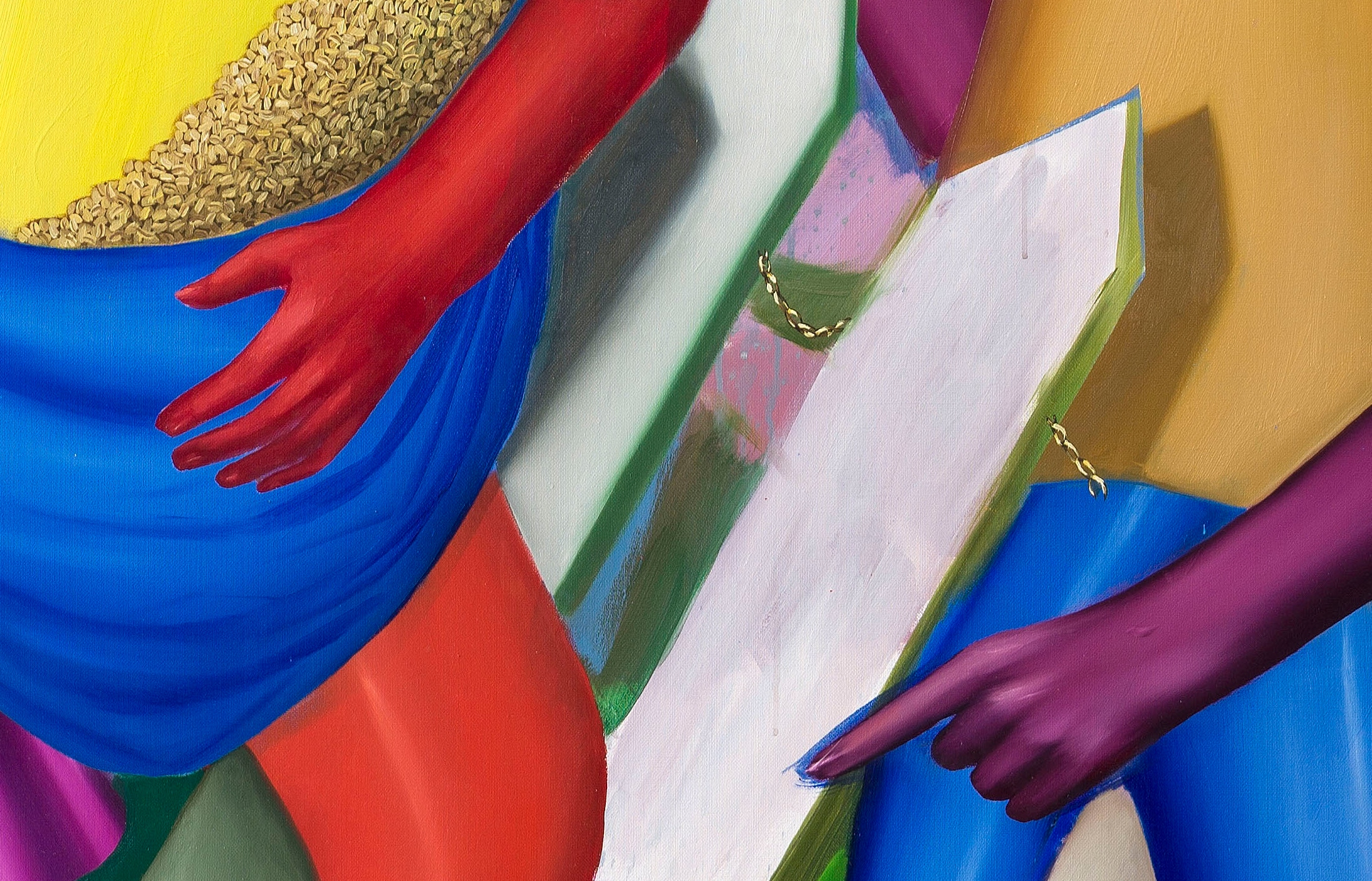 De Vivanco began this project by diving into the histories of the area of East London and Bethnal Green. The title of the exhibition derives from Das Kapital, which Marx wrote in London, in which he lays bare the processes of the exploitation of labour, and in which he writes specifically of Bethnal Green as an example of a ‘notorious district’. Beyond the analysis of Marx, de Vivanco found generations of struggle and spontaneous resistance that often formed around a dynamic lead character, frequently a local woman. Women, responsible for food and for feeding, were protesting and being tried as witches – by no coincidence in the same areas of England where commons were being enclosed (privatised).

Captain Ann Carter was the leading figure in the Maldon Grain Riots (1629) and was finally hanged by the state for her leadership in the uprising.A single large painting (Captain Ann Carter) commands the room, bold and hopeful, and a sculpture/costume with absurdly long sleeves and golden hands evokes with humour the ‘capital distancing’ or the separation of labour and immaterial value. The golden hands produce but are so far from the body of the producer. Labour works, the golden hands also take. A work in video enacts this distant, nearly disembodied transaction. The work is playful, colourful, hopeful, inviting, and yet also mythological, historical, mighty, and wryly names dark forces and repeated moments of crushed resistance.

Ivana de Vivanco (Chilean-Peruvian, born Lisbon, Portugal, 1989) lives and works in Berlin and Leipzig, Germany. She graduated from the University of Chile, Santiago with a Bachelor of Fine Arts degree in 2011, she also studied painting under Gonzalo Díaz Cuevas, University of Chile (2012); Oliver Kossack, Art Academy of Leipzig (2013) and Annette Schröter, Art Academy of Leipzig (2014–2016). Her work has been featured in several publications such as 100 Painters of Tomorrow published in London by Thames & Hudson and she has been a grant holder of DAAD, the Heinrich Böll Foundation, the Cultural Foundation of Saxony and in 2015 she was awarded with the Marion-Ermer-Prize for young artists in Germany.