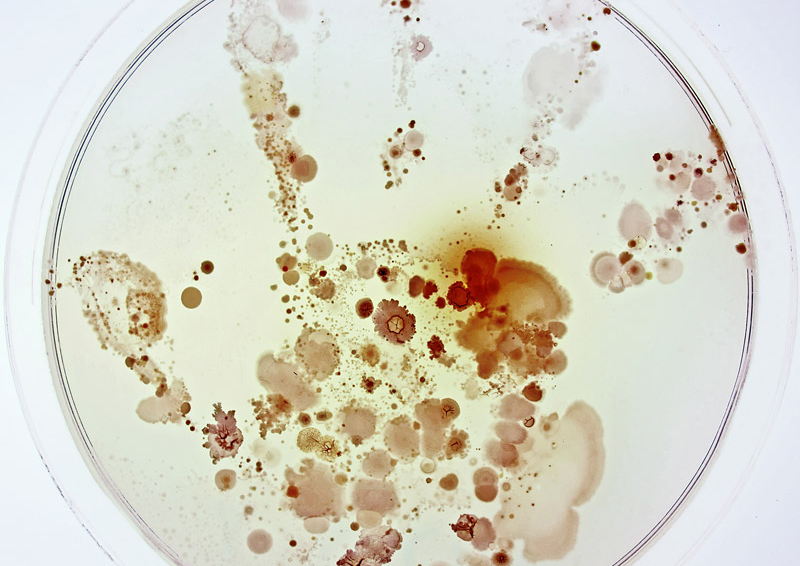 FOTCIENCIA 13 is a collection of 49 scientific-themed pictures that is exhibited in the Instituto Cervantes Manchester from 24th May to 20th September. The exhibition represents the perfect environment to host a cycle of debates around arts, sciences, and society.

As much unrelated as arts and sciences may be considered, the intersection between both sets of disciplines generates such a fertile land where collaborative and multidisciplinary projects thrive and are able to outreach the general public.

In this creative process, whereas both artists and scientists get to think differently about their own disciplines, complex scientific concepts can be explained to the general public in creative and comprehensible ways, representing such a great tool for science outreach and communication.

On the 28th June, the Instituto Cervantes Manchester will celebrate a debate with an artist and a scientist who have worked in this intersection between arts and science to engage with society.

18:40. “The experience of an artist in the intersection Arts-Sciences: Clouded Lands”

19:00. “The experience of a scientific association in the intersection Arts-Sciences: Art&Science, an SRUK initiative”

Quintina Valero is a documentary photographer whose work is focused on human rights and humanitarian crisis. For several years travelling to the Balkans, Jordan, Egypt, France, Ukraine, Spain and England, she has documented nomadic lives and etcnic groups. From 2014 she has worked on stories about the situation of migrants in Europe. Her work has been published at The Guardian, Observer, Sunday Times, El Pais, El Mundo, L’Obs, Internationale, and Thomson Reuters Foundation.

In 2015 she joined Food of War, a multidisciplinary art collective dedicated to explore the relation between food and war through art. For the 30th anniversary of the Chernobyl disaster, together with her collective they created an European touring exhibition “Clouded Lands” to raise awareness of the implication of the accident in people and environment.

Anna Vilalta is a postdoctoral researcher in the Department of Biochemistry of the University of Cambridge, where she obtained the prestigious Marie Sklodowska-Curie Individual Fellowship to carry out a research project on the role of microglia in the neuronal loss in neurodegenerative diseases such as Alzheimer. Previously, she obtained her PhD in the Department of Surgery of the Universidad Autónoma de Barcelona, doing research on neurometabolic and physiopathologic disorders in head traumas.

Anna is the director of the Cambridge constituency from the Society of Spanish Researchers in the United Kingdom (SRSUK/CERU) and also coordinates the campaign “Art&Science: an SRUK initiative”, which has brought together artists and scientists for the development of multidisciplinary ventures.

Click here for more information about the exhibition FOTCIENCIA 13.