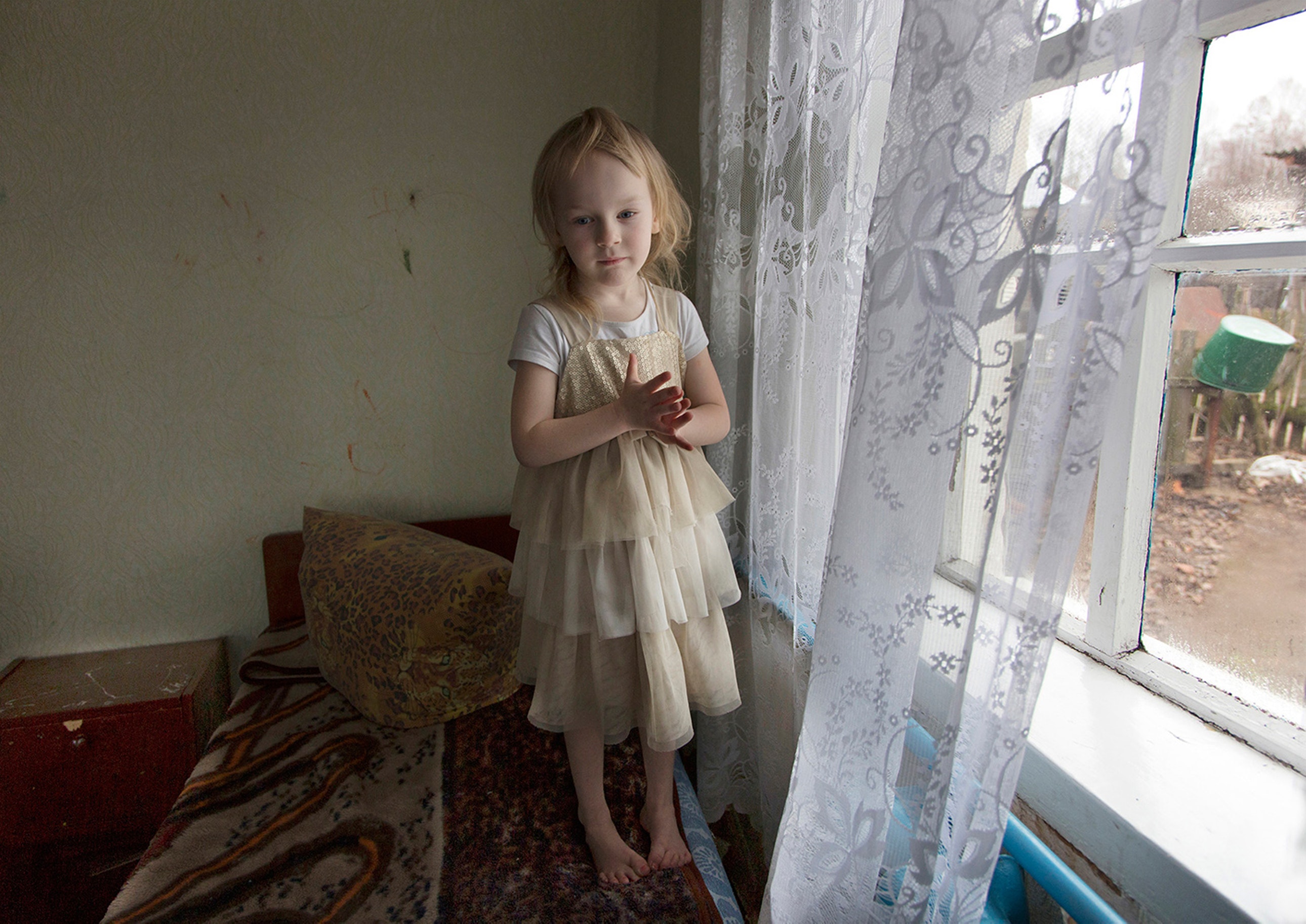 More than 30 years after the Chernobyl disaster, Spanish photographer Quintina Valero travels to Ukraine to document the surroundings of the radioactive area. Almost 100,000 people were affected of which 20,000 were children. What was previously a prosperous area has become one of the poorest regions in Ukraine today. The effects of radiation, alongside the collapse of collective farming due to the fall of the Soviet Union, have had tragic consequences for the local people and their land. Though evacuation was enforced in 1991, many families are still living in the region. They believed in their land, refusing to accept an invisible radiation that is less tangible than their sense of belonging.