Researchers at the CRG prove that chromatin originated in ancient microbes 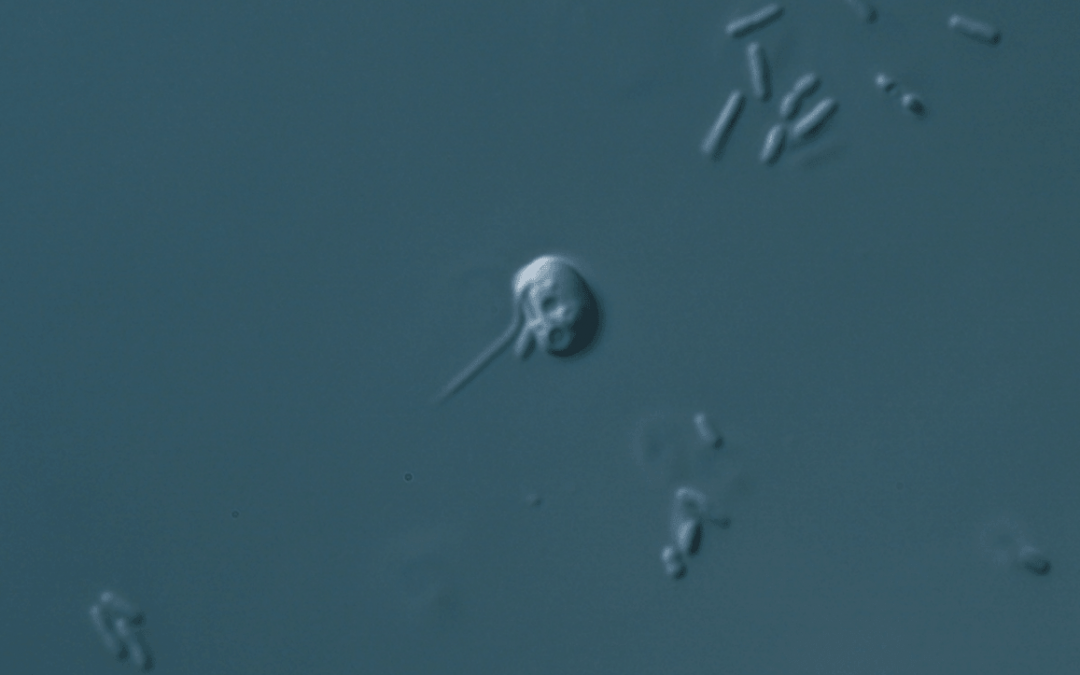 In almost every human cell, two meters of DNA must fit into a nucleus that is only a few millionths of a meter in size. Like wool in a skein, this extreme challenge of space requires the DNA to wrap itself around proteins called histones.

This spiral genetic architecture, known as chromatin, protects DNA from potential damage and plays a key role in regulating gene expression. Despite its fundamental role, the exact origin of this genetic structure has been shrouded in mystery.

Chromatin is characteristic of higher organisms, called eukaryotes, which have a nucleus. Unicellular bacteria, on the other hand, do not have a nucleus or chromatin. However, there is another large group of primitive single-celled microbes, called archaea, which possessed histones and also a DNA storage structure similar to that of eukaryotes.

A research group from the Center for Genomic Regulation (CRG) in Barcelona now reveals that chromatin first evolved in ancient microbes that lived on Earth between one and two billion years ago. This study has been the result of collaboration with the Institute of Evolutionary Biology (CSIC-UPF), the Paris-Saclay University, the University of Montreal and the University of Vienna, and has been published in the journal Nature Ecology and Evolution.

Chromatin is as old as eukaryotes themselves

To go back in time, the research team used information written in the genomes of modern organisms. They analysed 30 species obtained from Canada and France water samples. The microbes were identified by using modern gene sequencing technologies that allow the identification of species by filtering their DNA.

The team found that prokaryotes (bacteria and archaea) lack the enzymes required to modify histones, suggesting that ancient archaeal chromatin may have played a basic structural role, although it did not regulate the genome.

In contrast, the scientists found evidence of histone-modifying proteins in early lineages that diverged from eukaryotes, such as the Ancyromonadida Fabomonas tropica or the Discoba  Naegleria gruberi microbes that had not been sampled until now.

“Our results emphasise that the structural and regulatory roles of chromatin are as old as eukaryotes themselves. These functions are essential, in fact, since chromatin first appeared, it has never been lost in any form of life”, explains Xavier Grau-Bové, a postdoctoral researcher at the CRG and the first author of the study. “Now we are a little closer to understanding its origin, thanks to the power of comparative analyses that allow us to discover evolutionary episodes that occurred billions of years ago.”

Using the sequenced data, the group reconstructed the gene repertoire of the last common ancestor of eukaryotes  (called LECA for Last Eukaryotic Common Ancestor ), that is, the cell that gave rise to all of them.

This organism possesses dozens of histone-modifying genes and lived between one and two billion years ago on Earth. The study authors hypothesize that chromatin evolved in this microbe as a result of selective pressures in Earth’s primordial environment.

Arnau Sebé-Pedrós, a researcher at the CRG and senior author of the study, stresses that “viruses are parasites of the genome that regularly attack the DNA of unicellular organisms. This may have led to an evolutionary arms race to protect the genome, resulting in the development of chromatin as a defence mechanism in the cell that gave rise to all known eukaryotic life on Earth. Later, these mechanisms were incorporated into complex gene regulation, just as we see in modern eukaryotes, especially multicellular organisms.”

According to the authors, future studies could investigate the evolution of histone-modifying enzymes in Asgardian archaea: microbes named after Norse mythology, and often described as an evolutionary stepping stone between archaea and eukaryotes.

The researchers found evidence that some species of Asgardian microbes possess histones with similar traits to eukaryotes, which could be the result of convergent evolution.