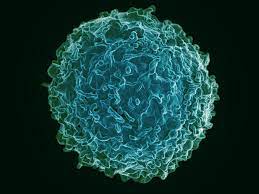 Scientists have long wondered what causes immune disorders in only one of two identical twins since their genes are the same. Now, a new study by the Josep Carreras Leukemia Research Institute (Barcelona), the Wellcome Sanger Institute (United Kingdom), and other collaborators reveals that the answer lies both in alterations in communication between immune cells and in the epigenome, the set of biological processes that regulate the functioning of our genes.

The work, published in Nature Communications, is the first cell atlas to classify common variable immunodeficiency (CVID) at single-cell resolution. The researchers found that ‘communication problems’ resulting from defects in B lymphocytes and other cell types of the immune system impaired their response. This opens up a number of promising avenues for epigenetic treatments. In addition, the scientists also identified important defects in the epigenome.

CVID encompasses a series of immune disorders caused by a reduced ability to produce protective antibodies, leaving the individual vulnerable to persistent or repeated infections. These individuals often have low levels of immunoglobulin  – that is, antibodies – due to problems with the B cells that create them.

Although identical twins share the same genome, most will be born with a small number of genetic and epigenetic differences, and those variations will increase throughout their lives. However, when a twin experiences a health problem that their sibling does not, in most cases genetic disparities alone cannot explain why it has occurred.

Around 20% of CVDI cases can be attributed to a defect in a gene associated with the disease. That means four out of five cases remain largely unexplained, so scientists have predicted that other factors must be at play. This is confirmed by this study, which relates IDCV to DNA methylation, an epigenetic process that increases or decreases the level of activation of a certain gene.

In this new work, the researchers generated cell-resolution data to investigate the epigenetic factors involved in CVDI. They took samples from a pair of identical twins, of whom only one had the disease, as well as from a larger group of patients with the disease and healthy individuals.

Analysis of identical twins found that the sibling with CVID had fewer B cells, as well as that their B cell defects led to epigenetic problems of DNA methylation, accessibility of chromatin —the material that chromosomes are made of, and consisting of DNA and protein- and transcriptional defects in the memory B cells themselves. In addition, the researchers discovered major flaws in cell-to-cell communication, which is necessary for the immune system to function normally.

The researchers compared the epigenetic changes and communication problems detected in the twin with CVID to a larger cohort and found that the problems were the same, providing a robust model for characterizing the disease.

“This is the first of many studies that will look at common variable immunodeficiency and other primary immunodeficiencies in an attempt to identify new therapies to treat these disorders. We already have viable options, such as immunoglobulin replacement therapy, which I hope can be adapted to treat the specific B-cell defects that we have identified here,” says Esteban Ballestar, lead author of the paper.

In addition to immunoglobulin replacement therapy, epigenetic drugs can also be used to treat immune disorders, and the results of this study highlight a number of biological pathways worth investigating for new drug targets.